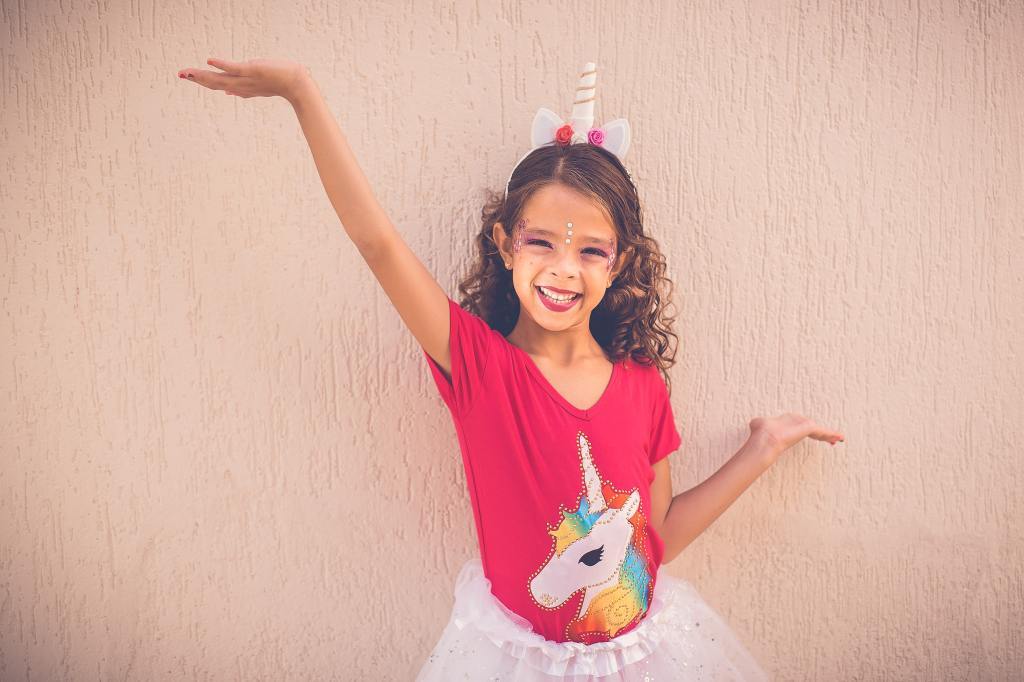 I close my eyes and I see a field of wild horses.

They are running together; like a flock of birds. Their manes are blowing. I can see the muscles in their calves move with amazing strength, and the thunder beneath their hooves can be heard a mile away. How majestic they seem!

Until… One of them seems even more spectacular and comes to a sudden stop.

I look in amazement at the beauty set in front of me. She looks like a horse; yet she’s different.

She has a glow about her and has a horn pointing up to the glory of the Lord. She is a unicorn!

I was excited to see Queen Esther at Sight and Sound! I love the smell of the roasted almonds, seeing the rows of seats, hearing the music and seeing the stage ready for the curtains to be drawn.

Hadassah was a young Jewish girl who absolutely loved the Lord. She studied God’s word with her uncle Mordecai after both her parents died. She was beautiful, full of life, and had so much joy because she knew the Lord. Then, one day she was stolen away by the Palestinians where it would be horrific if she let them know she was a Jew. So, instead she became Esther who would eventually outshine all of the other maidens simply by being who she was. She shined differently because of the Lord our God.

After she became Queen, Esther needed to speak to the King because God was using her to save the Jews. She was afraid because despite the fact that she was married to the king, she could be beheaded for talking to him without being asked. But Mordecai reminded her that she was made for such a time as this. With God’s strength, she did and long story short – she saved her people. She kept her roots deep in her faith.

“If you keep quiet at a time like this, deliverance and relief for the Jews will arise from some other place, but you and your relatives will die. Who knows if perhaps you were made queen for just such a time as this?” Esther 4:14

Stop reading and take a few minutes to look at your roots.

What in your life has made you who you are? Where do you see God?

For me, it was feeling completely backwards as a child. I was shy, introverted, had a face full of pimples, glasses, and, well yeah, braces. We moved many times. So, I was usually the new girl in town. But, I had a thirst for knowing God which also set me apart. I was raised in a church which is where I got my foundation of the Bible, When I moved, the first place I would search for to find “normal” was a church. Seeking God and knowing Him and finding others who loved him too always felt so important. I now know why God pursued me so much. I would need the strength that only God gave me to get through so many obstacles thrown my way.

Most people tell me that I appear calm and collected. But really, my brain is going a mile a minute and anxiety often creeps in. But, through it all, I learned to constantly be in prayer, to talk to God about everything. I ask Him to help prioritize my steps and my emotions. Without God, I would be an ADHD mess!

Who can testify that with me?

My family at home will let you know how calm and collected I am not because, well at home, you let go a bit, if ya know what I mean.

It is so much fun when people ask me about seeming collected, sharing joy, or how I got through it all.

This is the time!

This is the time to share Jesus Christ as the Lord and Savior!

And now is the time for you!

Tell them about how good He is in such a chaotic world. Search for what sets you apart from others. Find the light that shines because of Jesus. Esther knew who she was and whose she was. Her identity was not ending up being the Queen of a Palestinian kingdom. She knew she was not of that world. But God…He set this in motion so that they could be saved from evil in times when that seemed impossible.

Just like Esther, you were made for such a time as this.

Be strong! Be in the word! Be who God called you to be!

Be a unicorn in a field of horses!

Run differently than the others with the wind of the Holy Spirit at your back. Shine the glory of God when the rest are running in the slumps and evil schemes. Use this as the opportunity to do the first calling you have…to follow God and share Jesus. They will stop and look and they will ask why.

And remember, when people are gnashing their teeth at one another and we don’t understand…God’s ways are different than our ways.

Stand on the foundation of faith.

Be prepared in mind, body and soul! Pray! Read! Surround yourself with like-minded Christians.

Find other unicorns to run with. You are not alone.

I love that God has surrounded me with so many at The Connection. This is a great core group of ladies who have formed such great friendships and Jesus is right in the middle. If one of the unicorns starts to stray away, someone will notice. Malachi never stopped praying for his Haddasah and had faith along with her for God’s victory to shine upon her. Find those who will do this with you as well.

We don’t know what tomorrow brings but people are watching. Help them see who God is by doing simple things like holding the door open for the person behind you.

At the end of time…it will be you standing in front of the Lord Almighty. You will have to account for yourself and no one else. Be sure that when you tell God about your actions that you’re excited to tell Him that you were blessed to shine differently. Just like a unicorn in a field of horses.

Kellie has been married for 19 years to her husband, Kevin. Together they have three children and she has a step-son (who lives with his mom). They have moved around the country many times and are finally growing their roots in their small town.

Kellie’s faith in God is extremely important to her. She has been through many mountains and valleys and the Lord has gotten her through. She loves to ride her bike, write, watch movies, and is very involved in her children’s lives. Being a Mom is her favorite role in life. She values her faith, family, love, and friendships.